The Girls
The Four Young Visionaries

The protagonists of our story are four girls: Conchita González, Jacinta González, Mari Loli Mazón, and Mari Cruz González. All four were born in San Sebastián de Garabandal. Despite the fact that their last names are the same, they are not related. When the apparitions began, Conchita, Jacinta, and Mari Loli were twelve years old, while Mari Cruz was only eleven. Until June 18, 1961, when the phenomena began, they did not stand out among the other children of the town. Like everyone else, they went to school every morning with their teacher Serafina. They helped their parents in the fields, cared for the sheep, gathered grass for the cows, and collected wood for the kitchen when school ended, like the other children in this farming town. They went to Mass and catechism class with their parish priest, Fr. Valentín, and would recite poems to the Virgin Mary in May, just like everyone else… They were normal girls: friendly, playful, hard working, and well-behaved. They were very childlike, and had a clean and innocent gaze. At the time, there were no phones or televisions in Garabandal. The road that led up to the village was no more than a steep dirt path.

Soon priests and doctors, determined to prove the truth or the falsehood of the apparitions, arrived to analyze the girls' behavior. They verified that the girls were completely healthy and mentally sound, free from excessive attention seeking. The clergy investigated on a theological and doctrinal level, and examined the girls’ lives. They verified that in the months of the apparitions, the girls did not neglect their educational obligations, household chores or labor in the fields, though during the apparitions the girls sometimes stayed in vigil until early in the morning, suffering the harsh weather: rain, cold, and snow. The Blessed Virgin often repeated to them that they should be obedient to their parents. She also encouraged them to make sacrifices, especially for the holiness of priests, and so that those priests who waver might persevere. She taught them to detest sin and helped them to form their consciences by responding to the thousands of questions the girls asked her. The girls affirmed that after seeing the Blessed Virgin Mary they yearned to love Jesus and Mary more and to tell everyone about the Lord and His Most Holy Mother. The simple and trusting relationship that the little girls had with their Heavenly Mother was truly exceptional. In certain occasions, she played with the girls and she often said good-bye to them with a kiss.

The doctors, on the other hand, normally carried out their investigations on a personal basis. With astonishment, they verified the strange physical phenomena that accompanied the ecstasies. During these moments, the girls were completely insensitive to pain, even when they were pricked with needles or burned with cigarettes. Their bodies acquired an extraordinary weight, which made it impossible to lift them or force them to make the slightest movement of their limbs. Their eyes, opened to contemplate the apparition, did not react to the light of powerful lamps and photographic flashes. They ran towards the place of their vision and arrived before anyone else, even before strong and fit young men. While the girls arrived without signs of physical effort, the young men arrived out of breath and sweating. The girls fell on their knees abruptly onto the rocks without hurting themselves. They walked forwards and backwards during the ecstasies on the poorly paved streets of the village, or even cross-country, with their heads completely raised and their eyes constantly fixed upwards. Though they were totally unable to see where they were going, they never fell or tripped. Even when they were given hundreds of objects to be kissed by the Virgin in a single apparition, the girls always returned each object to the owner, whom the girls had often never met or seen, without ever making a mistake. There were cases of physical and spiritual healing, and notable conversions. In Garabandal, the Virgin seems to be specialized in healing hearts and souls.

There has been a lot said about the girls’ “denials.” It is interesting to note that the Virgin Mary had warned the girls that they would deny the apparitions. “How are we going to deny this if we are looking at you?” they said confidently, finding it hard to believe Her warning. They knew little about the interior darkness the Lord uses to purify and strengthen souls. Perhaps they did not know how to measure their strength. The four poor village girls were simply overwhelmed before the constant pressure of people they respected and wished to obey. Expert theologians who have studied the phenomena in Garabandal hold that rather than denials, we should speak of “momentary hesitations." These hesitations are perfectly understandable considering the girls' difficult situation. Several of them never reached the point of denying everything, such as Jacinta, who never denied her vision of the Sacred Heart near the end of June 1961. It is clear that, in face of the events seen and studied by a multitude of witnesses, these weak hesitations cannot be used as an argument to cast doubt on the phenomena. In fact, not much time passed before the girls withdrew the denials that were provoked by various intimidations. Unfortunately, little has been said about this important detail.

The four girls left their hometown, married, and had children. One of them, Mari Loli, died of lupus erythematosus in her respiratory system on April 20, 2009 at 59 years of age. Perhaps many were surprised that the little visionaries did not consecrate themselves to God as religious, but aren’t we all called to holiness? Also in this aspect, the apparitions of Garabandal are in clear continuity with the doctrine of the Second Vatican Council, which proclaimed the universal call to holiness in all vocations (cf. Lumen Gentium, 5). 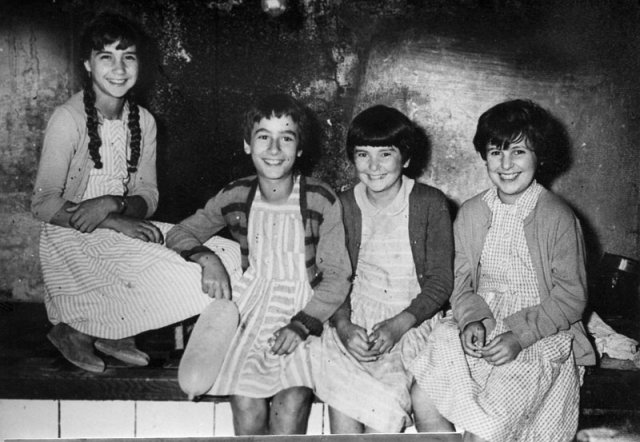 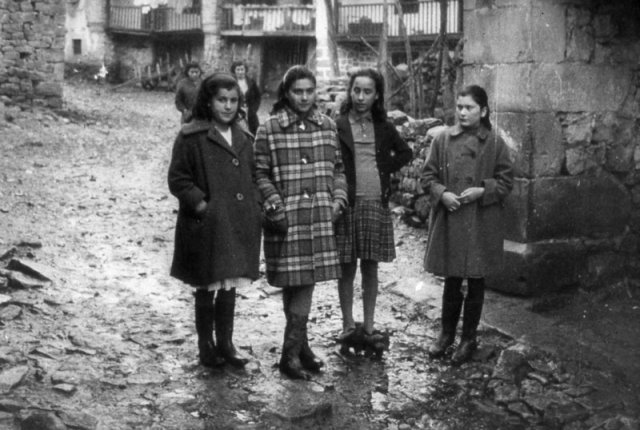 lightbox[thno]The Four Girls on a street in the village. 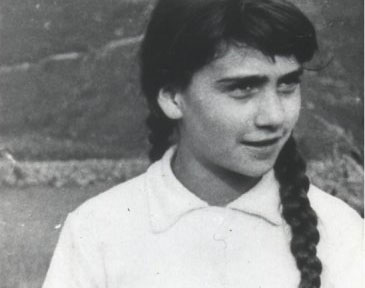 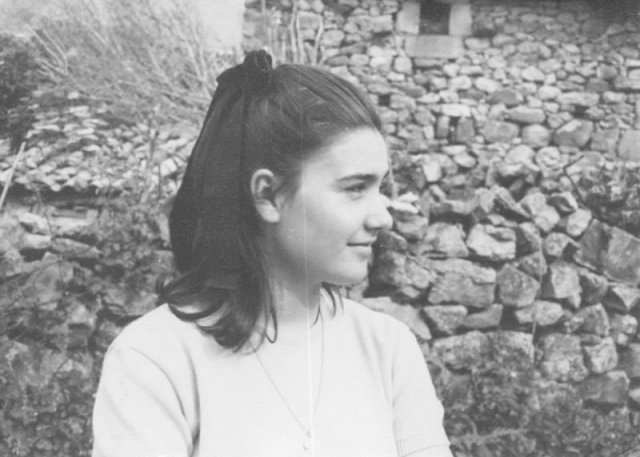 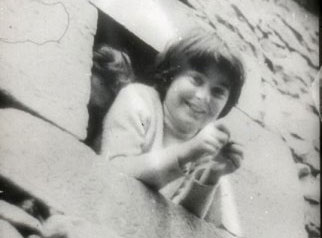 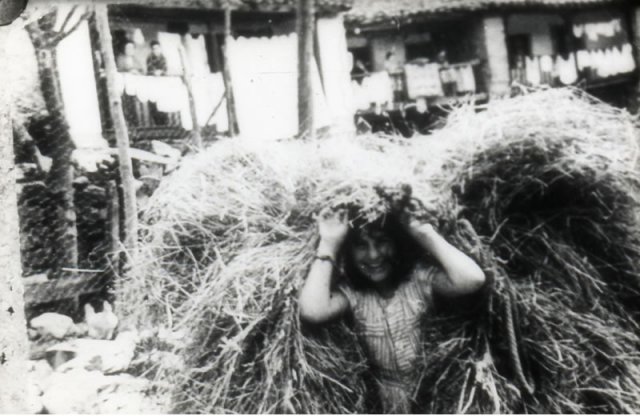 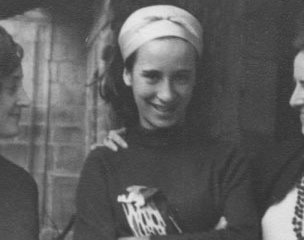 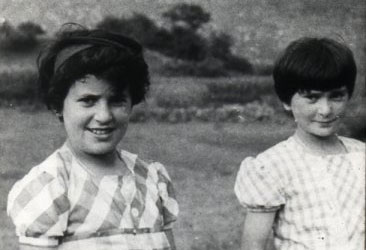 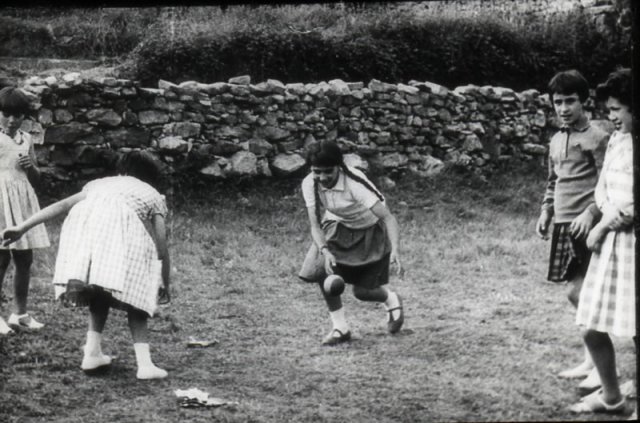