Mamen Preciado arrived from Vizcaya, Spain, with her husband, Jesús, and their three children: Sara, Maider, and David. David was barely a month old and appears in his mother's arms in some scenes. In Garabandal: Only God Knows, Mamen plays the role of one of the villagers and her husband, Jesús, plays Fr. Luna.

If I had to summarize this film in five words, I would say without hesitation, “A project of the Virgin.” And like everything She does, it was surprising, implausible, fun, and all-out!

We spent fifteen days on the set. I will not say it was easy: spending hours and hours on a single take, suffering the heat and the rain, shooting the night scenes, etc. However, we reminded each other again and again that all of this was for Her and with Her. We prayed before and after each recording. This, along with Mass, Eucharistic adoration and daily prayer, made it almost like a pilgrimage experience. The Virgin paved the way for us by looking for new and better sets, bringing extras when needed, and more personally, making our baby sleep during all the time we had to tape! Our daughters—far from getting bored as we had thought—enjoyed the adventure. Our Lady spoke directly to our hearts in moments of prayer.

Through this film, we grew closer to Garabandal, and through Garabandal, to the Virgin, Her messages, and the Eucharist. We discovered that the Virgin Mary has an urgent desire to lead the world to Her Son! I am convinced that this project was an inspiration. This film is meant to be another instrument to bring many souls to God.

We finished our filming on August 20, 2016, but our collaboration continues. We pray for all those who will see it and we ask Our Mother to make this film transmit Her blessing! 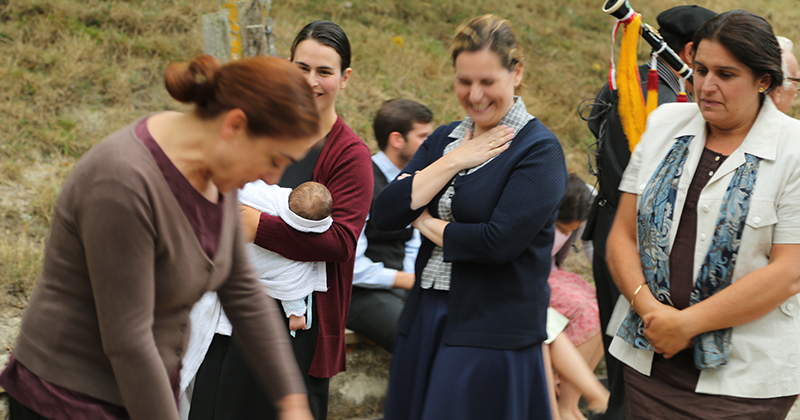