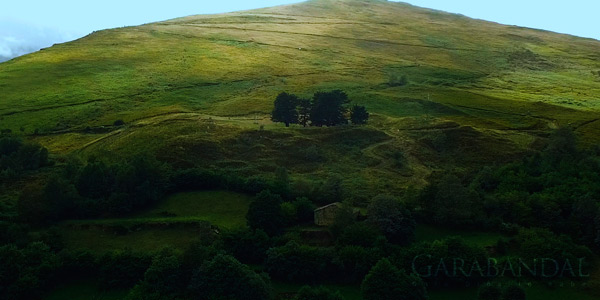 San Sebastián de Garabandal is a small village, hidden in the remote mountains of northern Spain. On June 18, 1961, there were hardly 300 inhabitants. They were simple people, hard working and very religious. A very unexpected event happened on this day. Four girls that were barely 12 years old—Conchita, Jacinta, Mari Cruz y Mari Loli—claim to have seen an angel. They will later discover that it is St. Michael the Archangel. During the next few days, the angel repeated his visits. Finally, on July 2, Our Lady came for the first time. The girls started to talk with her with full confidence and trust, without fear. This will be one of the great characteristics of Garabandal: The close relationship that Our Lady had with the girls, just like a true Mother.

Not long after, priests and doctors soon began to accompany the girls in ecstasy with the desire to examine the authenticity of the apparitions. Along with them came a crowd of witnesses that came from farther and farther away. They all found that the girls showed extraordinary signs while in ecstasy that were unexplainable to science: insensitivity to pain and light, levitations, clairvoyance, a change of weight in the girls, synchronization, ecstatic walks, the ability to recognize sacred objects…. There were cases of physical healings, but even more of spiritual healings and notable conversions. Our Lady specialty in Garabandal seems to have been curing hearts and souls.

The most important part of Garabandal are the two messages that Our Lady conveyed to the girls over the course of the four years that these events took place to be made public. The first message, given on October 18, 1961, said: “We must make many sacrifices, do much penance, and visit the Blessed Sacrament. But first, we must be very good. Otherwise, a chastisement will befall us. The cup is already filling up, and if we do not change, a very great chastisement will come upon us.” 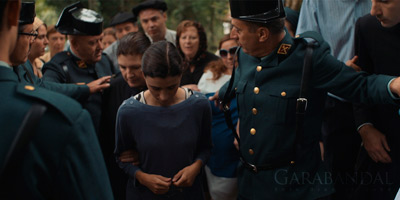 The second message, given on June 18, 1965, read as follows: “Since my message of October 18 has not been heeded and made known to the world, I tell you that this is the last one. Before, the cup was filling up. Now, it is brimming over. Many cardinals, many bishops, and many priests are following the way to perdition and are taking many souls with them. Ever less importance is being given to the Holy Eucharist. You must turn the wrath of God away from you by your efforts. If you ask His forgiveness with a sincere heart, He will pardon you. I, your Mother, through St. Michael the Archangel, wish to tell you to amend your lives. You are now in the last warnings! I love you very much, and I do not want your condemnation. Ask Us sincerely, and We will grant your plea. You must make more sacrifices. Reflect on the Passion of Jesus.”

Even without witnessing the amazing mystical phenomena in Garabandal, the messages alone make us suspect a supernatural intervention. It is indeed surprising that such little girls from an isolated village, in a country so Catholic as it was in those days, declare with such conviction that: “Many cardinals, many bishops, and many priests are following the way to perdition and are taking many souls with them.” Practically, the only priest that they knew was their parish priest, and Don Valentín Marichalar had never done anything that could have scandalized them. It is also surprising to find this reference to the Eucharist: “Ever less importance is being given to the Holy Eucharist.” The girls had never experienced any of the painful situations that we are familiar with today. The Church that they were familiar with was entirely different. That is why today we can’t help but recognize that this prophesy has come true.

The Virgin Mary also warned about the coming of a great “Tribulation” for the Church, so severe that, in the girls’ own words: “It would seem that it (the Church) is at the point of disappearing.” The girls were shown what the political, social and religious situation of the world and the Church would be like before the three great events: The Warning, the Chastisement and the Miracle. These great events are meant to be an instrument of purification that the Lord, in His great mercy, offers to humanity as an invitation to conversion and in preparation for the great triumph of the Immaculate Heart of Mary, a triumph that was prophesied in Fatima and confirmed not only in the messages of Garabandal, but also in Medjugorje and other recent Marian apparitions. We should not fear. If the Warning, the Chastisement and the Miracle are close at hand, then the triumph of the Immaculate Heart of Mary will soon follow!

Garabandal is not a closed case for the Church, and far less has it been condemned. Right now Garabandal is in the same ecclesial situation as Medjugorje: non constat de supernaturalitate, which means that the Church has not yet given a final judgment. What we know for certain is that the Church has not found any doctrinal errors in the messages given in Garabandal. The Bishopric of Santander has repeated this statement several times, as, for example, when Monsignor Eugenio Beitia stated on July 8, 1965 that: “(The messages) contain an exhortation to prayer and sacrifice, to a devotion to the Eucharist, to honor Our Lady in ways that are traditionally praiseworthy.”

The documental basis for the movie “Garabandal, Only God Knows” is the doctoral thesis of Father José Luis Saavedra, which he defended in 2017 at the University of Navarra under the title: “Mary of Garabandal: Status of the apparitions that occurred in San Sebastián de Garabandal between 1961 and 1965.” It was the first doctoral thesis to undertake a scientific study of the events in Garabandal and it guaranteed both the seriousness and the objectivity of the movie’s script. Concerning everything else, “Garabandal, Only God Knows” has simply reenacted the testimony of so Garabandal’s many eye-witnesses. The viewers will see the girls in ecstasy; they will hear the messages given by Our Lady for the conversion of the world; they will be witnesses to the miracle of the visible Communion and to so many other unexplainable events that took place. But the movie producers have left it to the authority of the Church to pronounce the final decision about everything that occurred. It was necessary that it be this way. We are children of the Church.

What is certain is that, through this movie, we have been able to see that there is a growing interest in the events of Garabandal throughout the world. “Garabandal, Only God Knows” has already premiered in 30 countries, with more than 300,000 viewers, and premieres in 15 more countries are currently underway. We give thanks to God for this. There is a clear disproportion between what we have done and the results that the movie has had. We have reached the conclusion that Our Lady has listened to the prayer repeated over and over again by the more than 300 actors while shooting the film: “Mother, may this movie transmit your blessing!” 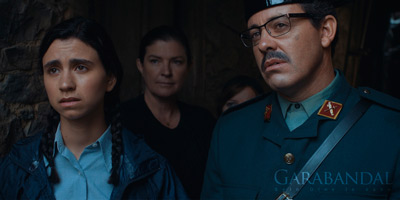 Speaking of the actors, we have to point out that one of the things that makes this film particularly valuable is the fact that it was made by over 300 volunteers who, even after the hard work of shooting and post production, continue to dedicate time and effort to the diffusion of the film. Despite the fact that the movie was made by volunteers, the artistic quality and the technique of “Garabandal, Only God Knows” is undeniable. So much so that in 2018, the film was selected to participate in an event rarely given to Catholic films: The Feroz Awards. Awards that, in Spain, are equivalent to the famous Golden Globe Awards put on by the Hollywood Foreign Press Association. On September 22, 2019, the movie won 2nd place in the feature film category of the XXXIV International Catholic Film and Multimedia Festival “KSF Niepokalana 2019” in Krakow, Poland.

One of the movie’s primary objectives is to purify Garabandal of its “black legend.” It is true that much has been said about Garabandal and that false information has often been spread about it. But, as the years go by and we are able to take things into perspective, it is easier to see all that took place there with greater clarity. We also experience the need to remind a world tempted by despair that we have a Mother in Heaven—Mother of God and our Mother—who desires to say to each one of us, as she said to the girls in the days of the apparitions: “I love you very much and I desire your salvation.”

To learn more about “Garabandal, Only God Knows”, visit the official website: www.garabandalthemovie.com

“Mother, may this movie transmit your blessing!”