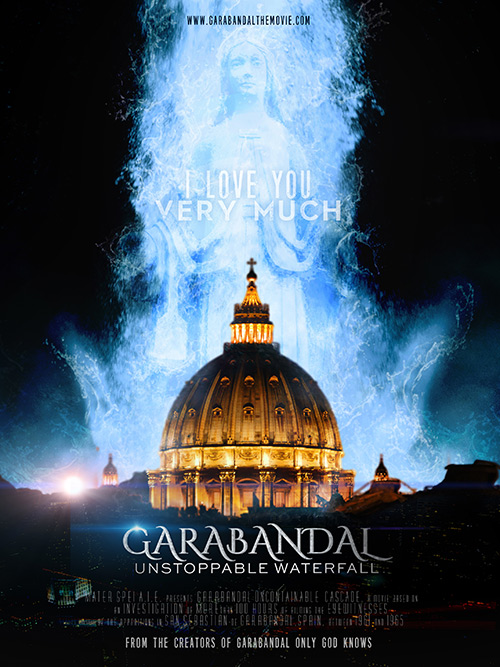 Today, July 2, 2020 we celebrate the 59th anniversary of the first apparition of the Virgin Mary in San Sebastián de Garabandal, and we will be celebrating with the premiere of the new documentary Garabandal, Unstoppable Waterfall.  The premiere will take place at 7:00pm (EST/GMT-5) and can be accessed via the following link: https://www.youtube.com/watch?v=lUYuO7M4k_s

This past June 18, the original Spanish version of the documentary premiered and in less than two weeks it has already been seen by over 500,000 viewers.

For the documentary, Mater Spei AIE interviewed a select group of experts and eyewitnesses of the apparitions.  We especially recognize the contribution of Father José Luis Saavedra, author of the first doctoral thesis on Garabandal, who in the documentary Garabandal, Unstoppable Waterfall affirms unequivocally that “the apparitions were not studied at any moment.”

This statement is not to be taken lightly. It is the conclusion reached after a rigorous investigation seeking the truth about what really happened at Garabandal, an investigation that has produced this documentary. If Garabandal, Only God Knows https://www.garabandalthemovie.com/en/watch demonstrated that the first episcopal commission did not carry out an authentic study of Garabandal, this new production offers unpublished and surprising facts about the second commission, thus proving that the apparitions of the Virgin in Garabandal have yet to be studied. That is why Father Saavedra is able to affirm that “over fifty years after the apparitions, Garabandal still awaits a response.  We have a right to know what happened there.”

In 1992, Cardinal Ratzinger, then Prefect of the Congregation for the Doctrine of the Faith, suggested to the Diocese of Santander that the case be left open via a non constat ruling. Rome did not find sufficient arguments to pronounce a definitive judgment.  Given the difficulty found in studying the apparitions, often hindered by so many obstacles, no further solution has been put forward.  Since then, the apparitions were left open to the interpretation of the faithful under the guidance of the sensus fidelium.  That is why the attitude of the faithful may be fundamental in reaching a favorable judgment from the Church

Please share the following link with all your contacts so they don’t miss out on the premiere of Garabandal, Unstoppable Waterfall: https://www.youtube.com/watch?v=lUYuO7M4k_s