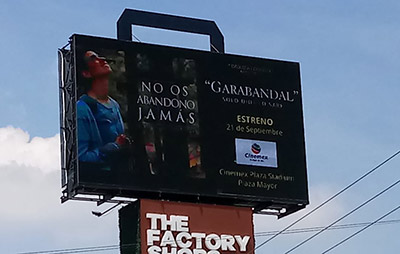 We begin this publication giving thanks to the Lord for having allowed us to give His Mother a success like the one the film had in this past weekend in Mexico.  The movie Garabandal, only God knows, was featured for the first time in the land of Our Lady of Guadalupe on September 21, 2018.  At the time we went to press, only four days later, the film had been viewed by more than 35,000 moviegoers. 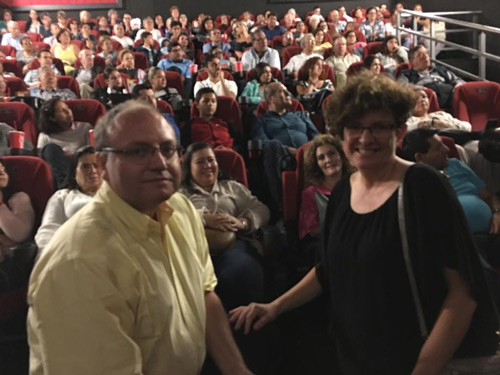 The Mexicans not only have viewed the film, but many have accepted in their heart the conversion proposed by Our Mother via the messages transmitted by the film. Two of the protagonists of the film Garabandal, only God knows, Rafael Samino and Esmeralda Pérez, traveled to Mexico to attend the featuring of the film and interfacing with many communications media interested in the subject matter. From Mexico, they wrote to us: “It is incredible how the message of Our Mother is being received. It is really her movie, and Our Mother truly is transmitting her blessing through the film”

We should point out to the film’s credit that the film about Garabandal reached Mexico at the same weekend as the famous The Predator. While the film Garabandal, only God knows, was featured in only 52 movie theaters, The Predator was featured in 800. Nevertheless, and notwithstanding the discrimination suffered by openly Catholic films, in movie theaters where the monster of science fiction and the story of the apparitions of Garabandal were being featured, the triumph was in favor of Our Mother. This is confirmed by the testimony of Ramón Muñoz, general manager of the Cinemex Playa Mayor Complex in León (Guanajuato, Mexico), who responded when questioned regarding the film that had most ticket sales during the weekend, that “without a doubt, there was a marked difference between the movie Garabandal, only God knows, and the other films. It topped the ticket sales on the day it was featured for the first time, surpassing The Predator, which we had anticipated would have been the top seller. The volume of tickets was substantially more for the movie about Garabandal.” In this brief video, you can watch the testimony of Ramón Muñoz and other officials of Cinemex (This video is in Spanish). 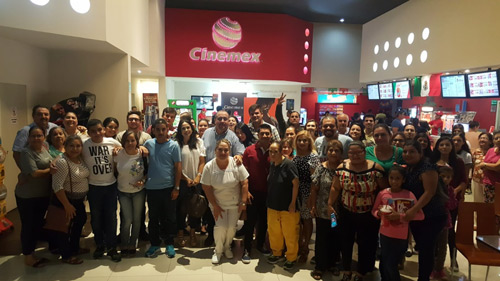 Initially in the 52 movie theaters where the film was to be featured, two showings were programmed. However, given public demand, it was necessary to multiply the number of showings. This was again explained by the manager of the Cinemex in León (Guanajuato, Mexico), who noted that “initially we had programmed only two showings, but due to the demand, we decided to add three additional showings. And all five showings were full.” One of the promoters of the film of Garabandal in Mexico, the newspaper reporter Rosa María Ordaz, in communicating with other promoters of the film throughout Mexico confirmed this information the very afternoon of September 21, wrote: “We have been informed from Monterrey, Guadalajara and Yucatan, that the movie theaters are completely overwhelmed and full.” Heading this network of promoters was Salvador Iñiguez, the popular apostle among prostitutes in the land of Mary, truly a tireless lay evangelizer. 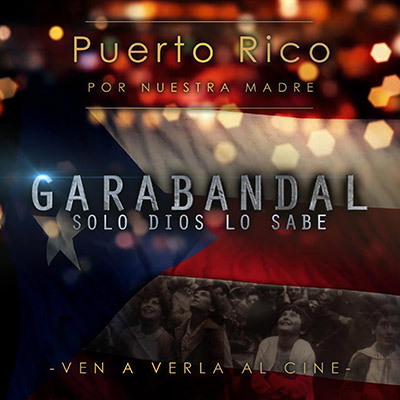 Shortly the advance sales can be made via the following link. But this is not all we have about the film, Garabandal, only God knows. We have some additional news. We have an official date for the featuring of the film in Puerto Rico, which is on this coming October 18th, led by Caribbean Cinemas in five cities: San Juan, Ponce, Mayagüez, Arecibo and Fajardo.

We are pleased to show you some graphics and we will keep you posted.