We are finally able to share the news that you all have been waiting for. The movie Garabandal, Only God Knows will be coming to Argentina and Paraguay on May 9, 2019 bringing with it its message of hope.

Garabandal Only God Knows is the first movie for the big screen which deals with the presumed apparitions of the Virgin Mary and St. Michael the Archangel to four girls in the small Spanish village of San Sebastián de Garabandal.

It all began on June 18, 1961.  In the small village of San Sebastián de Garabandal in Northern Spain, four girls – Conchita, Jacinta, Mari Loli and Mari Cruz – claim that they had an apparition of St. Michael the Archangel.  Days later, on July 2, 1961, they received a visit from the Virgin of Mount Carmel.  Over two thousand encounters with Our Blessed Mother followed.  The parish priest, Don Valentín, and the Brigadier of the Civil Guard, Don Juan Álvarez Seco found themselves suddenly involved as protagonists in events that overwhelmed them, trying to understand where the truth lay, as they dealt with a perplexed Church hierarchy and dealing with a multitude of folks that grew each day, coming to the town in search of answers. 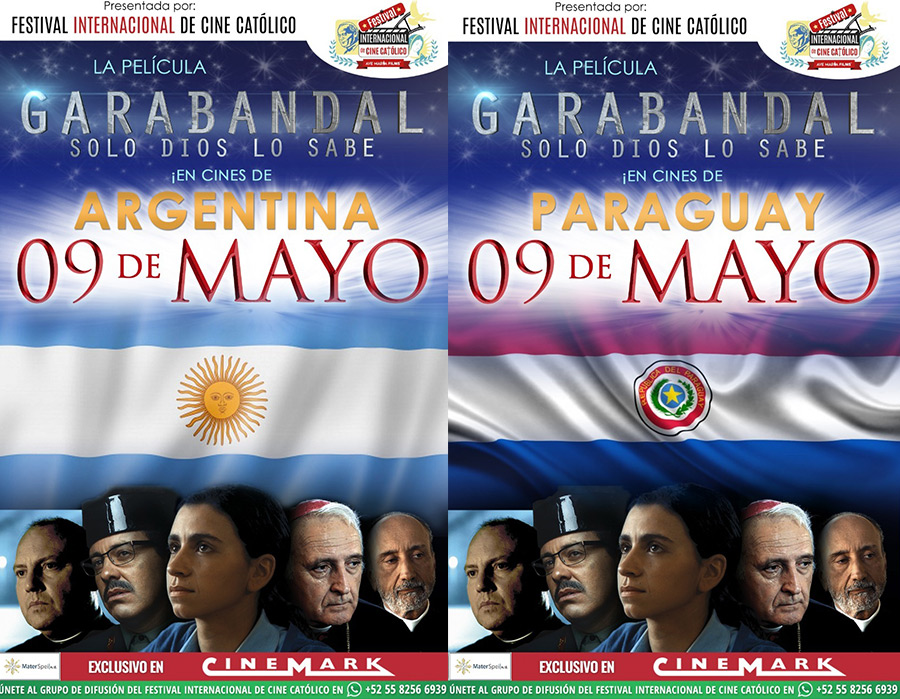 In Paraguay, you can see Garabandal, Only God Knows, at the following theater:

In Argentina, these are the cities and theaters where you can see Garabandal, Only God Knows:

More than 225,000 moviegoers have seen Garabandal, Only God Knows throughout the world.  And that number keeps on growing.  Why?  The attraction, the magnet is Her, Our Blessed Mother.  It is also the events that occurred at San Sebastián de Garabandal 50 years ago.  Teresita Heydrich sent us her opinion from Puerto Rico:  “I enjoyed the movie on Garabandal very much, which was very faithfully and realistically executed, presented in a very genuine and honest manner. After seeing this movie and renewing contact with the powerful message which the Virgin Mary gave, the result was an enormous sense of peace when I came out of the movie theater.”

Garabandal, Only God Knows is an honest and objective film, which flees from that which is morbid because that is not where Our Mother in heaven is to be found.  Its objective is that the world would recall that it has a Mother in heaven who iswishing to tell us: “I love you and I wish your salvation,” as she told the young visionaries at the time of the apparitions.  It is also a goal to disseminate her messages that are both important and current.

It was actually on June 18, 1965 at Garabandal when the following message was announced:  “Many cardinals, many bishops and many priests are on the road to perdition and are taking many souls with them.”  When we listen to these words, we could ask ourselves immediately whether we would have the abuse crisis we are suffering in the Church had the message been heeded at that time.