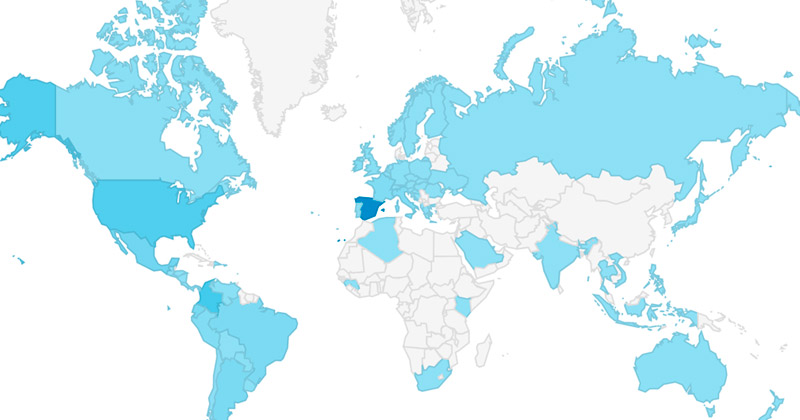 On Friday, December 1, 2017, at five o'clock in the afternoon, the website and the trailer of the movie Garabandal: Only God Knows were made public in Spanish, and the response of the general public is highly promising. Hours before the launch of the trailer, someone filtered the link and sent it out, through WhatsApp, to many people anxious to see the promo of the film. That filtering allowed us to verify that the interest aroused by the opening of our social networks was certainly remarkable.

The statistics show that people are visiting our website from almost 60 countries around the world. Leading the list is Spain, followed by Colombia, the U.S.A., Mexico, Ecuador, Argentina, Brazil, France, Italy, and Ireland. The repercussion in these last four countries as well as in the U.S. is surprising, because the trailer has not yet been published in English, French, Portuguese, or Italian. The views on the YouTube video rise from hour to hour, at a rate much higher than that of other religious films published in the past year.

Certainly, the merit of this worldwide impact is neither the producer, nor the names of the director or the cast, or even the distributor, since they are all completely new to the world of cinema. It is Our Lady, who in Garabandal presented Herself as “your Mother,” whom they seek. All these requests to see the film confirm that the apparitions of the Virgin Mary in San Sebastián de Garabandal—more than 50 years after its conclusion—have not been forgotten. On the contrary, they generate an enormous interest today.