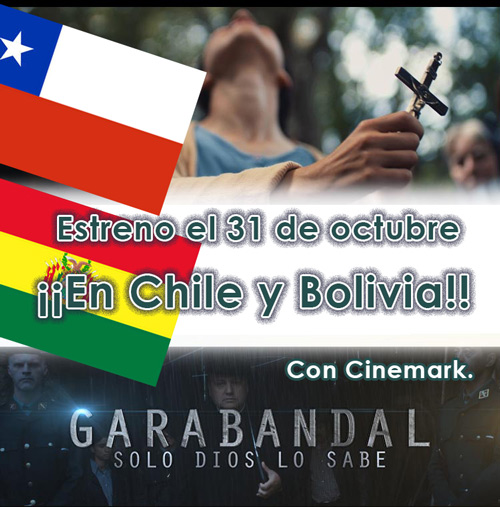 On June 18, 1961 in San Sebastián de Garabandal, a small village in the north of Spain, four girls – Conchita, Jacinta, Mari Loli and Mari Cruz claim that they had an apparition of St. Michael the Archangel. Days later, on July 2, 1961, they received a visit from Our Lady of Carmel. After that initial visit, there were over two thousand encounters with the Our Lady. The parish priest, Don Valentín, and the Civil Guard Brigadier, Don Juan Álvarez Seco, suddenly found themselves involved as protagonists in happenings that overwhelmed them, trying to determine where the truth resided, while dealing with a perplexed Church hierarchy and a multitude that grows each day as people come to the town in search of answers.

The film was undertaken by 300 volunteers who were anxious to make the important messages of Our Mother in Garabandal known. Their love for the Virgin yielded as fruit a movie of such quality that it was nominated for the Feroz Awards, the equivalent of the American Golden Globe awards. With the addition of Peru, Chile and Bolivia, there will be 22 countries where the movie had already premiered throughout the world.

Garabandal, Only God Knows allows the spectator to join the more than thousands of witnesses who saw these events firsthand and who were overwhelmed by and admired at the numerous supernatural phenomena. Additionally, if Our Heavenly Mother allows it, they may experience that special maternal presence that permeates everything in Garabandal.

Garabandal, Only God Knows, has allowed more than 270,000 spectators to get to know the events that transpired between 1961 and 1965 in that small village of San Sebastián de Garabandal in the north of Spain. In addition to making the events known, this film also makes known the important messages that Our Lady asked the seers to be made known. In one of the messages, there is a phrase that had proven to be prophetic: “Many cardinals, many bishops and many priests are on the road to perdition and are taking many souls with them.”  Who at the time would have imagined the terrible events that have been occurring in many places around the world? Obviously, the ones who could not have possibly imagined any of this were these small girls in a backwater town in such a Catholic country as Spain was at the time.

In our fears, in our worries and in the difficult situation that the Church faces today Our Mother said in Garabandal: “I will never abandon you.” And she will again say it very shortly in Chile and Bolivia, thanks to Garabandal, Only God Knows. Spread the word! Many people are unaware that the movie is coming and need to know it.

Please pray for this project and share the request form so that Garabandal, Only God Knows can be shown in your city.

May Our Mother bless you!  We will keep you informed.