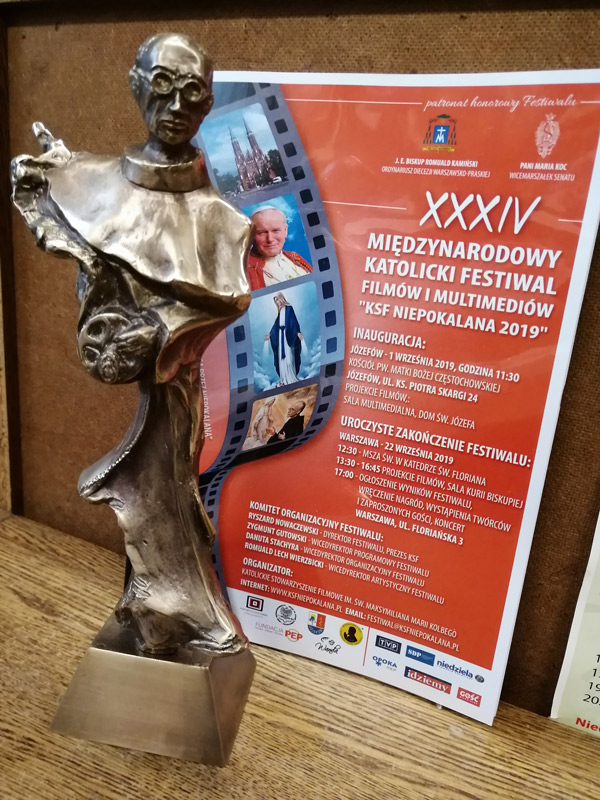 On September 22, 2019, the prizes for the XXXIV International Catholic Film and Multimedia Festival, KSF Niepokalana 2019 were awarded in Krakow, Poland. With great enthusiasm we received the news that Garabandal, Only God Knows had been awarded the second place in the category of full-feature films.

Sixty four films from twelve countries had enrolled to participate in a competition under various categories of film:  full-feature, Marian films, historical documentaries, national martyrology, television and radio. In addition, the Niepokalana 2019 had a special category for amateur videos.

The awards panel of the Niepokalana 2019 Festival awarded the top prize of the competition to the Polish film Kresy Dok by Rafal Bryll. A priest, Dr. Ryszard Gołąbek SAC, an expert in communication media presided over the jurors. The film director Romuald Wierzbicki served as secretary. In addition to these professionals, the films were evaluated by the following experts:

All of our work is offered for the greater glory of God and the Most Blessed Virgin Mary.

We use cookies on our website. Some of them are essential for the operation of the site, while others help us to improve this site and the user experience (tracking cookies). You can decide for yourself whether you want to allow cookies or not. Please note that if you reject them, you may not be able to use all the functionalities of the site.