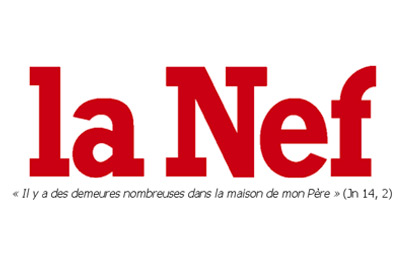 La Nef is a monthly Catholic and independent publication edited in France, being faithful to the Church and the Pope.

Christophe Geffroy, director of La Nef indicates that the objective of his magazine is to form as well as inform. The publication has the support of distinguished French prelates such as Bishop Marc Aillet, Bishop Dominque Rey and Dom Jean-Charles Nault, as well as some cardinals such as Cardinal Robert Sarah.