Garabandal, Only God Knows continues in theatres in major US cities.  This Friday, March 15, 2019, the first film that has reached the movie theaters regarding the events of Garabandal, lands in nine new cities with its message of conversion and hope of the. 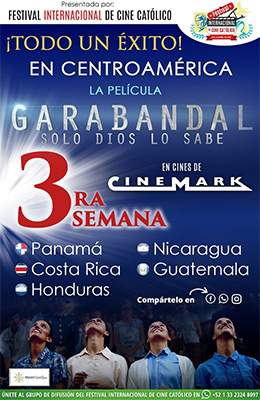 We are at the threshold of a historic moment for Catholic cinema.  We begin by talking about Colombia, where Garabandal Only God Knows begins its fourth week at the marquee of Cinemark.   More than 28,000 moviegoers have listened to the movie’s message of love and hope.  As of today, it is the most viewed Catholic film in Colombia and it has already surpassed the three week limit which is normally set for Catholic films in that country.  The merit of this goes to Our Mother of Garabandal and the message that she wishes to deliver to each of her children through this movie.  She is the real star of Garabandal, Only God Knows.

More than 170,000 moviegoers have seen the movie throughout the world. 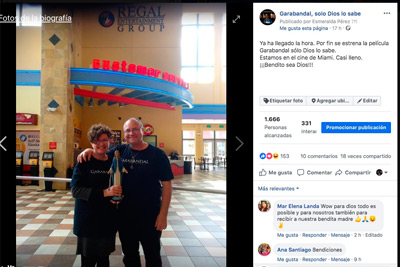 On January 31, 2019, the movie Garabandal, Only God Knows, premiered in Colombia.  This first movie about the reported apparitions in San Sebastián de Garabandal in Spain has already been seen by more than 12,000 spectators in Colombia.  It is fourth in terms of the most viewed movie in that country by ticket sales and it has been the best Catholic film premiered in Colombia.   On February 7, Cinemark will feature the film Garabandal, Only God Knows in five new locations: Tunja, Yopal, Valledupar, Ibagué and Neiva. 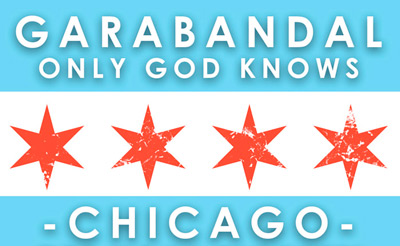 Please pray for us who are in Illinois. We have frigid temperatures of minus 50 degrees Fahrenheit when one factors in the wind-chill factor.  Not only CHICAGO but the entire state of Illinois is affected by a warning.  More than 300 flights have been cancelled, as well as schools and work due to concern for hypothermia.
I understand that this phenomenon of nature with such low temperatures has not occurred in many years. I beg of you. This is an S.O.S.  We all need to band together in prayer, offering our reconciliations, Holy Mass, Holy Eucharist, and everything for ample spiritual fruits of the movie Garabandal, Only God Knows.

Read more: Prayer Campaign in the United States for Garabandal, Only God Knows